by Michael Satterfield of The Gentleman Racer 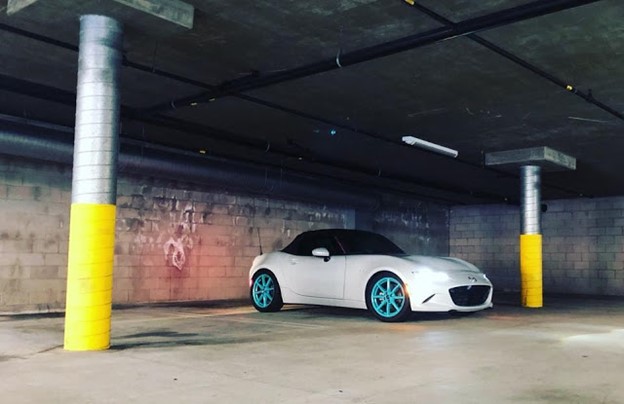 Jen Hunter is the co-owner of 5523 Motorsports that came out of her passion for Nissan and Mazda sports cars, she has been a car enthusiast all her life and we are so excited that she took the time to sit down for a quick interview with us.

TGR: Where did you get your passion for cars?

JH: I think some of us are just born with this sickness. No matter how hard we try to escape it, it always finds it’s way back into our lives.  I’ve always had a fascination with cars, going fast, anything mechanical, and how things work.  Much to my mother’s dismay, I’m sure, I used to love to take stuff apart to see how it worked.  That hasn’t changed.

I never wanted to play with barbies, dress up, or playhouse, I wanted to be dirty, playing with the boys.  I had a MASSIVE Hot Wheels collection, car posters on my walls, and could rattle off ridiculous amounts of useless info about most cars on the road, even as a young kid. I’ve long since forgotten most of it.

When I was old enough, any chance I had to escape, I was in the garage with my grandpa, an uncle, or cousin.  My grandpa was always so excited to show me things he was working on, or whatever he was fixing.  We didn’t have a ton of money growing up, so ingenuity had to come first sometimes.  I’m incredibly lucky to have had that experience, and the knowledge given to me at such a young age has been an immeasurable advantage doing what we do at the shop.  I learned how to think outside of the box, and just get it done, with what we had, without complaint.

I have an enormous family, and so many are into cars, so someone always was doing something neat (everything was neat to my kid brain).  It started with fetching tools, or parts and grew to so much more.  I was lucky to have people in my life that were willing to show me how things worked, and never told me I couldn’t do something because I was “just a girl”, well at least not people that mattered anyhow. I guess, a huge part of my passion for cars, came from the people I looked up to being so passionate about them.  I grew up around some incredibly special people and incredibly special cars.

Also, my generation saw a car as freedom.  Once you could drive you could do anything, and go anywhere. The second I was 15 years old, I was begging to get my learner’s permit. The day I turned 16 I wanted my license, never mind I didn’t have my own car.  Once I finally got my own car, I had to make it my own, like I had been helping others do for so long. 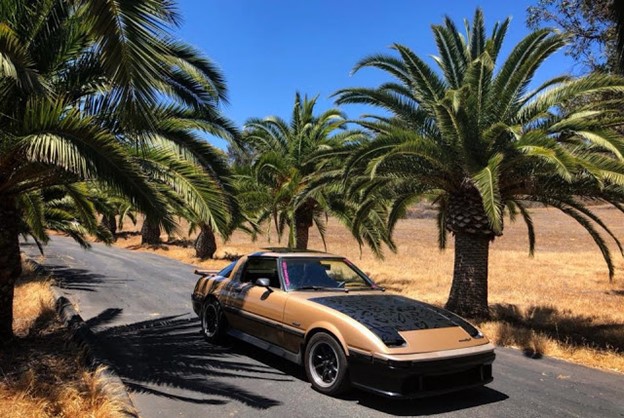 TGR: What was your first car?

JH: It was either a Civic, or an FB RX7.  I honestly can’t remember which came first.  The civic was horrible.  The FB was the beginning of the end for me. RX7s have given me so much knowledge, a huge community, so many new, and lasting friendships, and probably some of the most frustrating times of my life.  I wouldn’t trade it for the world.

JH: Aside from occasional private track days, and mountain drives, I just don’t have much time right now. I would LOVE to get into rally driving, and it will happen one day, but it’s not in the cards right now.

The shop has been involved in building a handful of successful race cars.  Most notably, the Moto-IQ Land Speed S13 holds five records, (breaking our own a few times) and currently holds the record for the H/PS class at 184.124 MPH at the Bonneville Salt Flats.

We have also built engines for Dia Yoshihara, a VQ35 built in 3 days.

TGR: When did you open the shop?

JH: We opened the shop in 2011.  My business partner was working as a Nissan Master Tech at a local dealership, and I was working in an office somewhere.  We have complementary experience, and have been pretty successful with a wide range of projects.

TGR: What kind of cars does it specialize in?

JH: We specialize in primarily Nissan, and Mazda.  Nick obviously has a Nissan background, and I am intimately familiar with RX7, and the rotary.  That said, we will work on nearly anything.  I currently have a Maserati Bi-Turbo in the shop, that we put an engine together for.

TGR: What is your current daily driver?

TGR: Is it modified? If so what are your mods?

JH: It is the daily, so nothing major is done to it.  Intake, exhaust, wheel spacers, and funky color wheels that change with my moods. 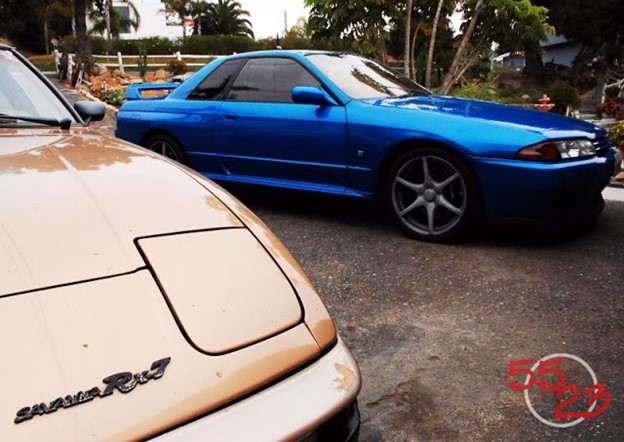 TGR:  Any Special cars you have that are not your daily?

JH: I own a 1982 Mazda RX-7 GSL.  I have owned it for about 15 years, and will probably be buried in it.  I have turned every nut, and bolt on that car.  That car has taken plenty of blood, sweat, tears, and money from me, but I wouldn’t give it up for anything.

The mods list is long, and is as follows:

Also, I used to daily drive a 375HP Sentra, but got kind of tired of the insanity, so got rid of it.

TGR: What is next for you and your shop?

JH: We hope to focus more on custom wiring, engine building, and Restomods in the next few years.  We have had great success with all of these things, and feel like there is plenty of demand to keep getting better.  Currently, we are working on a Datsun 510 that is going to SEMA this year.  This is the first USA 4 door Hakosuka wide body 510, so look for that at SEMA 2018.

We would love to build another Land Speed Car, and finally get into the Red Hat Club, and as I said, I would LOVE to get into rally driving.  Maybe in the next few years? I’m sure there is plenty more that I can say, but this is all I can think of right now.

For more check out 5523 Motorsports official website HERE. or follow them on social media at the links below.